A year after your demise, I can still hear your voice singing loudly around the house

A year after, I still perceive your choking perfume, that particular one I don’t like, that makes me want to choke you

A year after, I still hear your voice telling me to dress like a lady and act less like a man. You were not a fan of the tomboyish lifestyle and that’s part of why you think I am not married yet. Lol

A year after, I can still hear you bragging about how you will protect me and not allow anything bad happen to me. You did not take me for granted.

A year after, I can still hear you saying any man that wants to marry me is in soup because they will have to go through you.

A year after, I still want you to disturb me about what you should wear out.

A year after, I still want to call you ‘brother Niyi’ when I need a favor from you. Lol

A year after, I still see us fight and raise our voice at each other. And what was always the reason of our fights?- Food! We are both foodies but our ‘foodielism’ are not on the same level at all.

A year after, I still laugh at you being silly around the house while dancing and making funny videos

A year after, I still see how strongly you support and push everyone around you to be the best version of themselves.

A year after, I still see you being a strong backbone to everyone you know.

A year after, I still feel your warm bear hugs.

A year after, I still miss being your accountant.

A year after, I still want to hear you say you love me once in a blue moon. Smh. We both know you love me deeply.

A year after, I still want to listen to  you argue with people while I just watch and laugh.

A year after, I still see you feeding the hungry, clothing the naked and being a voice of peace in Africa.

A year after, I still hurt like it was a minute ago you passed. I miss you everyday and my heart literally drops at the thought of not seeing you again.

A year after, you are still my brother and I love you more than ever. 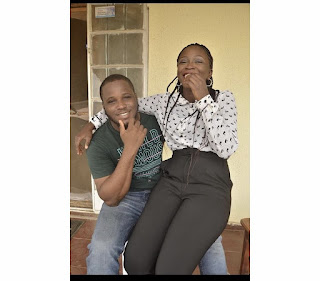